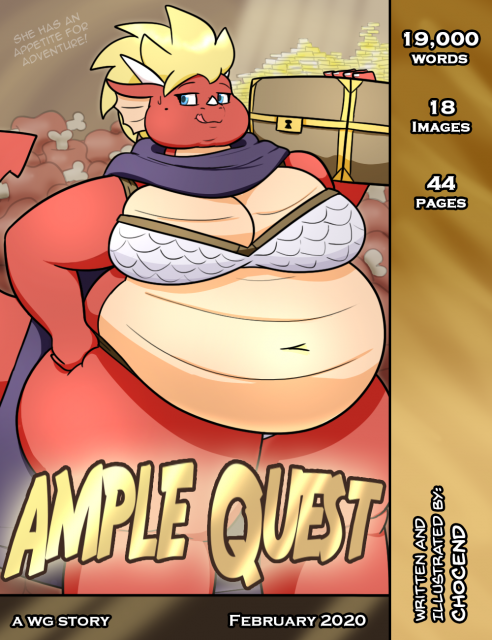 Can Valentina stomach this much excitement at once?

Valentina is a dragoness who hungers for adventure, gold, and food, especially. When she learns about a mysterious cave rumored to be full of treasure, she eagerly drags her friend Lilith along in search of fame and fortune! Apparently those who enter this cave also come out much larger than when they went in, but Valentina reckons she has the stomach for it! But will she achieve wealth beyond her wildest dreams before she's too massive to escape?

This story focuses primarily on WG, although stuffing and inflation are also involved.

Credits are properly listed at the end of the story.